In 2019, I quit my job to start a business venture on Main Street. After a few months of operation, things went south. The Corona pandemic hit, and physical stores shut down as a measure to mitigate the spread.

During the hard times, I began battling the worst case of hopelessness. I regretted quitting my job to start a failing business. After all, I could have started the business venture while still working. I blamed myself for making a wrong decision. Depression was slowly kicking in.

Luckily, a close friend suggested that I read Curt Richter’s hope experiment. It acted as an eye-opener which helped me battle the dark times with positivity. The inspiration saved me from depression, stagnation, and other issues that could have stemmed from hopelessness.

What is the Hope Experiment?

The hope experiment was the brainchild of Professor Curt Richter. In the experiment, Richter placed 12 domesticated rats in half-filled jars and monitored them for some time. Three rats swam for two minutes, gave up, and drowned. The remaining nine swam for several days before drowning.

In a second experiment, Richter tried the experiment with wild rats, supposedly good swimmers. To Richter’s surprise, all the wild rats drowned without putting up a fight. According to the professor, the wild rats gave up because they understood it was impossible to get out of the jars.

In a third experiment, Richter threw other wild jars into the half-filled jars. After a few minutes, the scholar rescued the rats from drowning. Later, he returned them to the pots, and the rats kept swimming, hoping to survive. He noted that the rats had learnt that it was possible to survive.

After the three experiments, the scientist concluded that, like the wild rats, people needed hope to sail through tough times. Without it, they would be less resilient to everyday issues, which are common in everyday life.

4 Lessons from the Hope Experiment

Though rats aren’t similar to humans, Professor Curt Richter’s hope experiment is a rich source of inspiration. It helped restore the hope and confidence I had lost after nearly closing a business that had diminished all my life savings.

Some of the good teachings I learned from simple experiments include:

Tough times can pin you down entirely. In fact, when battling dark moments, you will hardly see the light in the tunnel. You will get sad, anxious, and depressed. You will let the tough times break you completely.

That’s the same case when Richter threw the second cohort of wild rats. Despite their prowess in swimming, they gave up simply because they thought it was impossible to escape.

Like the third cohort of wild rats, this experiment encouraged me to remain positive in a time I had lost almost everything. Eventually, I reopened the business, which picked up quite well. I couldn’t have survived to reopen it if I had let depression pin me down.

Many of us think that hopelessness is a passing cloud. However, experts claim the state has devastating effects, especially when left to overpower you. For instance, the wild rats, supposedly aggressive and good swimmers, drowned simply because they lacked hope.

Little did they know that they could survive for a little longer if they kept swimming.

That’s the exact thing that happens when you lose hope. The state erodes your ability to exercise resiliency. You will feel stuck, overpowered, and worse, you could end up giving up through depression.

Hopelessness breeds negativity. It makes you feel powerless, isolated, less worthy, unloved, oppressed or even abandoned. You will feel like you have lost your future and cannot recover from your current situation.

Nonetheless, with hope, your mentality will shift from negativity to positivity. As a result, you will experience low-stress levels, improved self-worth, and low chances of suffering from depression.

With the positive thoughts, you’ll get the energy needed to sail through harsh times, which cannot be eliminated.

According to experts, you must fail a couple of times before succeeding. So, what determines your fate is how you handle failure. If you give up, it will let you remain at your current spot forever.

However, if you hope for the best, you can make myriad steps towards success. That’s why the third cohort of rats tried to swim for several minutes before dying. Richter gave them some hope to survive.

Therefore, like the third group of wild rats, you should remain rationally hopeful even when things are working against you.

The hope experiment teaches one major lesson—hope is essential for survival. It gives you the mental energy needed to survive when life pins you down, an issue we cannot avoid while working toward success. Therefore, if you’re looking to succeed, find a way to fix hopelessness. You will get the resilience needed to keep trying. 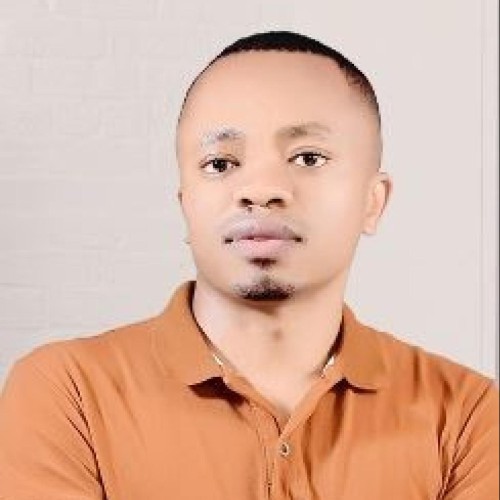 Herman Kariukihttps://khermani.com
Herman Kariuki is an internet marketing genius, specializing in growth hacking and untraditional marketing strategies. He has helped more than 3,000 clients scale their personal brands and businesses with his agency Khermani Media, assisting them with lead generation, social growth, and press in top publications. Herman has spent hundreds of thousands of dollars on digital advertising, allowing him and his clients to truly thrive within the online space.

How to turn your pain into purpose

Fear will keep you from living the life you dream of

Subscribe to get the latest news, offers and special announcements.

Powered by WhatsApp with Tawkto

WhatsApp Chat is free, download and try it now here!